The new AR790S 1CH Offers the highest video quality for front recording on the market.

This new slim design from Qvia is smaller and less bulky than other similar designed units on the market.

Cameras from Qvia are also less power hungry, which means with the built in smart power, your camera will record for longer in parking mode running from your car battery. 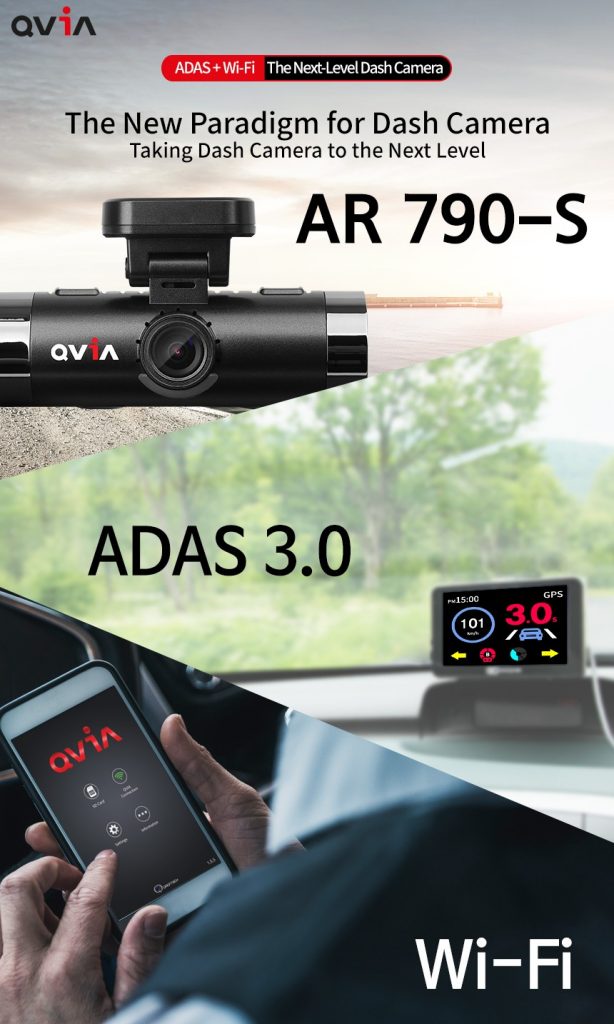 The Advanced Driver Assistance System has several systems that help you when driving such as a Lane Departure Warning System (LWDS), Front Collision Warning System (FCWS) and Front Vehicle Start Alarm (FVSA) in addition it has a Auto Calibration built in.

Lukas have always focused on delivering excellent image quality from their cameras and the. With it’s Sony IMX 326 sensor it captures full HD 2K video which can be viewed on the QVIA Viewer software for Windows and iOS, or via your Apple or Android smart phone or tablet. By connecting your device to the camera’s inbuilt wifi, you are able to view footage and adjust the cameras menu settings quickly and easily.

In order to offer protection while parked, the AR790S has an advanced parking protection mode which will automatically engage once your vehicle has been stationary for a short time. As this feature has become so popular, a hardwire kit is provided in place of a standard cigarette lighter power cable which enables your camera to be connected to your vehicles electrics. The camera features an inbuilt voltage cut-off to prevent your battery from being drained completely.

Another popular feature that isn’t often found on this style of camera is a manual ‘event’ record button which enables you to lock footage that you would like to protect from being recorded over. This is useful if you witness any incidents on the road that you’re not directly involved in, such as crashes or examples of dangerous driving.

Our Kits Also Include The Following: